Situated in Church Road and built on a hill, is, to date, the one building to have escaped the ravages of land subsidence.

Although heavily restored three times during the 19th century (in 1842, 1861 and 1884), this impressive church still includes work of the 14th century but is mainly a perpendicular building which was mostly erected between 1498 and 1525. The most prominent features are the polygonal eastern apse with its three vast windows, with almost a wall of glass and the splendid nave and chancel roofs built around 1525.

Externally the castellations of the tower, clerestory and aisles are of note, whilst other internal items of interest include the 17th-century carved beam in the vestry, the decorated reredos in the south chapel and the south aisle, and several stained glass windows by Kempe.

The trustees of the Weaver Navigation used the profits that accrued from the dues that they charged on the busy waterway for various ‘good works’. One was the construction of churches in the area for the use of watermen and their families, to ensure they attended on their day off.

One of these is The Holy Trinity Church in Castle Street, a building erected in 1842. It is ashlar-built with a tower capped by a thin broach spire.

Rather later is the Roman Catholic Church of St. Wilfred in Witton Street. Built in 1866, and enlarged 35 years later, this church has an open timber roof unusually supported on wooden piers. Architecturally plain is St. Luke’s at Winnington, a building erected in 1897 in an imitative 13th-century manner. Its tower was not built, so that the church has a rather unfinished appearance. Of the town’s several Nonconformist chapels, the most recent is the Methodist Church at Castle, erected in 1972. 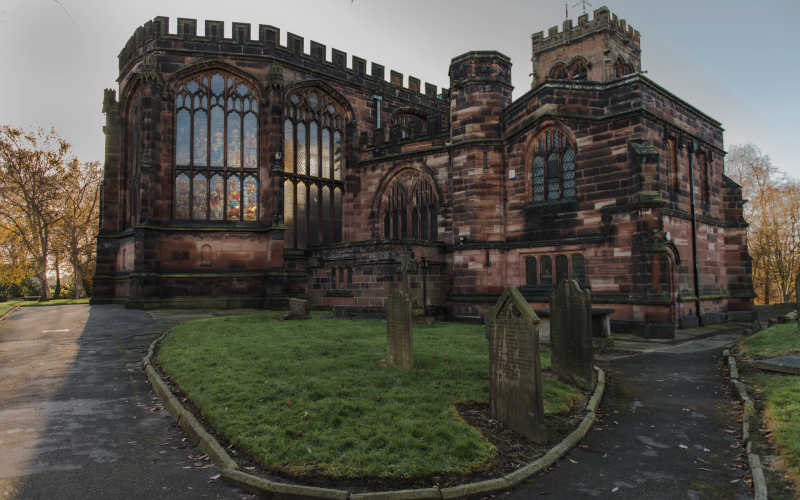 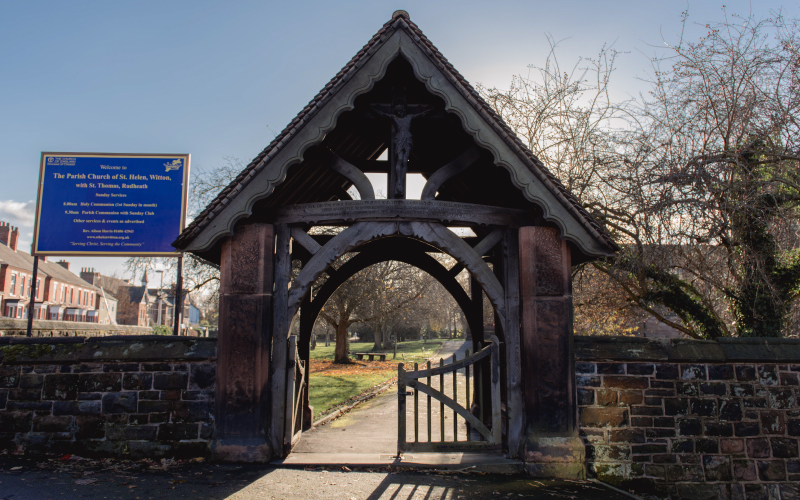 Font Resize
We use cookies to ensure that we give you the best experience on our website. If you continue to use this site we will assume that you are happy with it.OkRead more