‘Black and White’ buildings are a feature in the centre of Northwich and give the streets a far older appearance than is actual. Most notable and elaborate is the four-storey gabled frontage of the Old Post Office. Now taken over by a local brewery, the pub was appropriately named ‘The Penny Black’ in keeping with the theme of the post office. Another half-timbered building of note is the Brunner Public Library, given to the town in 1887 by Sir John Brunner, and rebuilt after subsidence damage in 1909.

Today, the library remains a focal point for the community of Northwich and provides residents with a wide range of books for all ages, public PC access, and activities such as reading groups, story times and digital support.

For the latest library updates and events, visit https://www.cheshirewestandchester.gov.uk/residents/libraries/find-a-library/northwich-library.aspx

It was extended and modernised in 1951 and now has lending, children’s and reference sections as well as an exhibition room.

In The Crescent, off London Road, is Sir John Deane’s Sixth Form College. This brick-built building was a gift from Sir John Brunner and is the fourth building in the town to have succeeded the original Grammar School founded by Sir John Deane. The college, with its swimming pool and fine playing fields, has been considerably extended over the years by the Cheshire Education Authority.

The first school was founded in 1557 by Sir John Deane, Priest of St. Bartholomew’s, Smithfield, London, and the original school charter still hangs in the school hall. There are no traces now of the first two schools, built in Witton Parish churchyard.

The third school and headmaster’s house in Church Road, Northwich were the offices of Northwich Town Council and other organisations ie. Mencap, Dial-a-Ride and Vale Royal Disability Services. Due to redevelopment the offices have been turned into additional sheltered housing for Victoria House along with support services.

The Town Council then moved their offices across the road into the Cemetery Lodge. This building houses the Burial Registrars offices, 3 further offices, small meeting room, store rooms and kitchen.

Also in London Road is the former Technical School; The studios of the Cheshire School of Art and Design, where students can study a post A-level foundation diploma and a National Diploma in design. The courses incorporate ceramics, wood, glass, metal, life drawings and is part of the Mid-Cheshire College of Further Education. The building was built from terra-cotta from the Northwich kilns in 1897. It has, on its facade, figures representing science and the arts. Adults can study a new horizons course in Art and Design. For further information Tel: Mid Cheshire College – 01606 74444

The traffic-free shopping precinct described at the beginning of this chapter has seen vast changes over the years and various new buildings have been added to the town, such as The Memorial Hall, Magistrates’ Courts, Medical Centre, Police Station and Market Hall, which are all located within the town centre development. The Market Hall, built in 1967, replaced a much older hall dating from 1876. This new hall has 40 stalls, nine shops and a cafe, and alongside is a spacious covered open market. The market is popular and very busy on market days, Tuesdays, Fridays and Saturdays. The Memorial Hall and Magistrates’ Courts are currently being demolished and a new state of the art Cultural and Leisure Centre will be built in its place. Work will start on the new building from July 2013 with completion Jan 2015, the new centre will be know as Memorial Court. 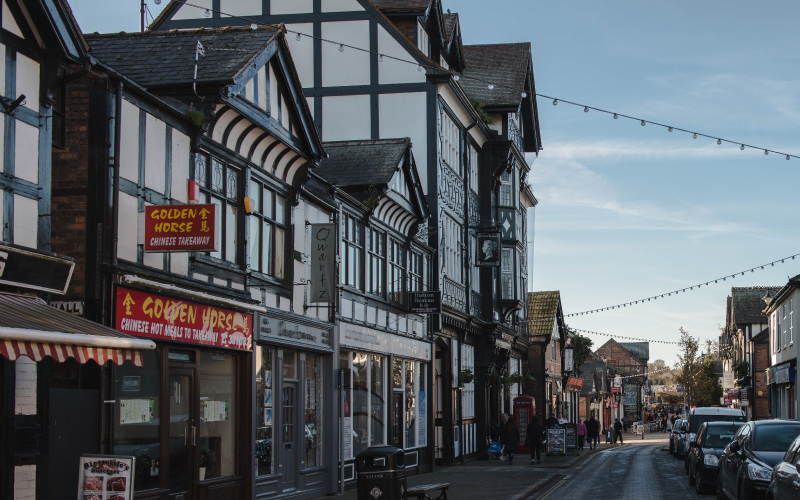 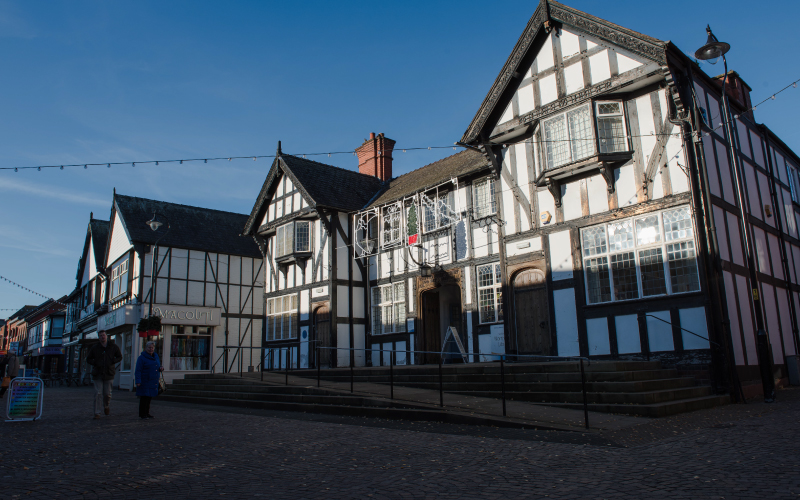 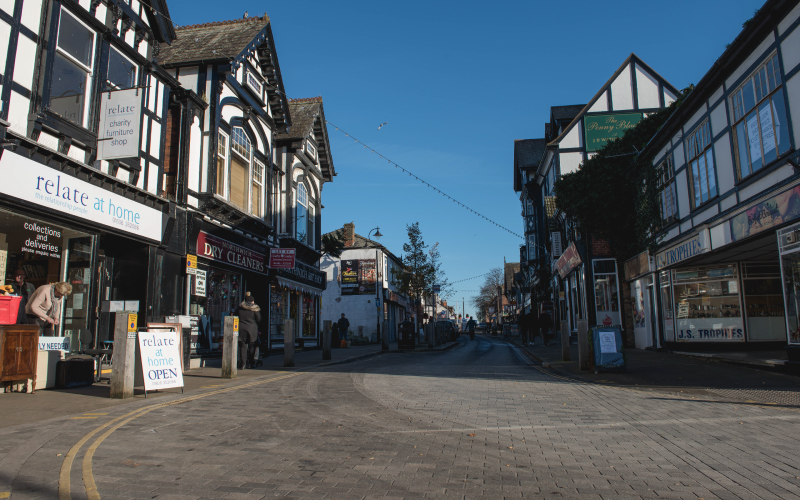 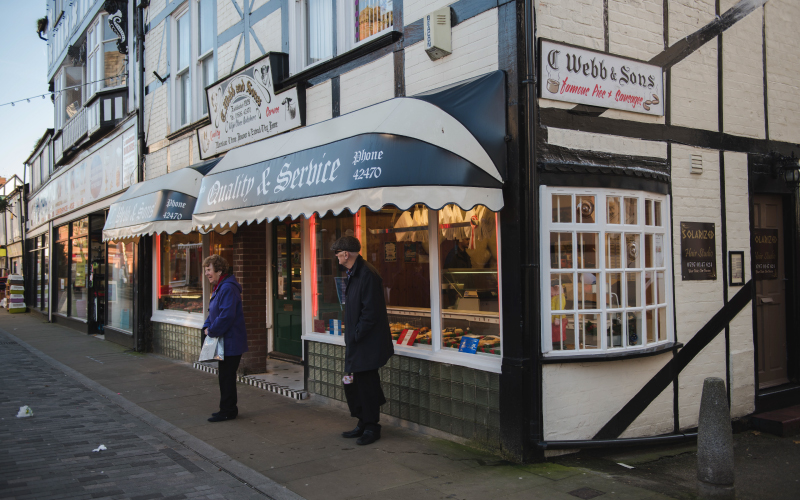