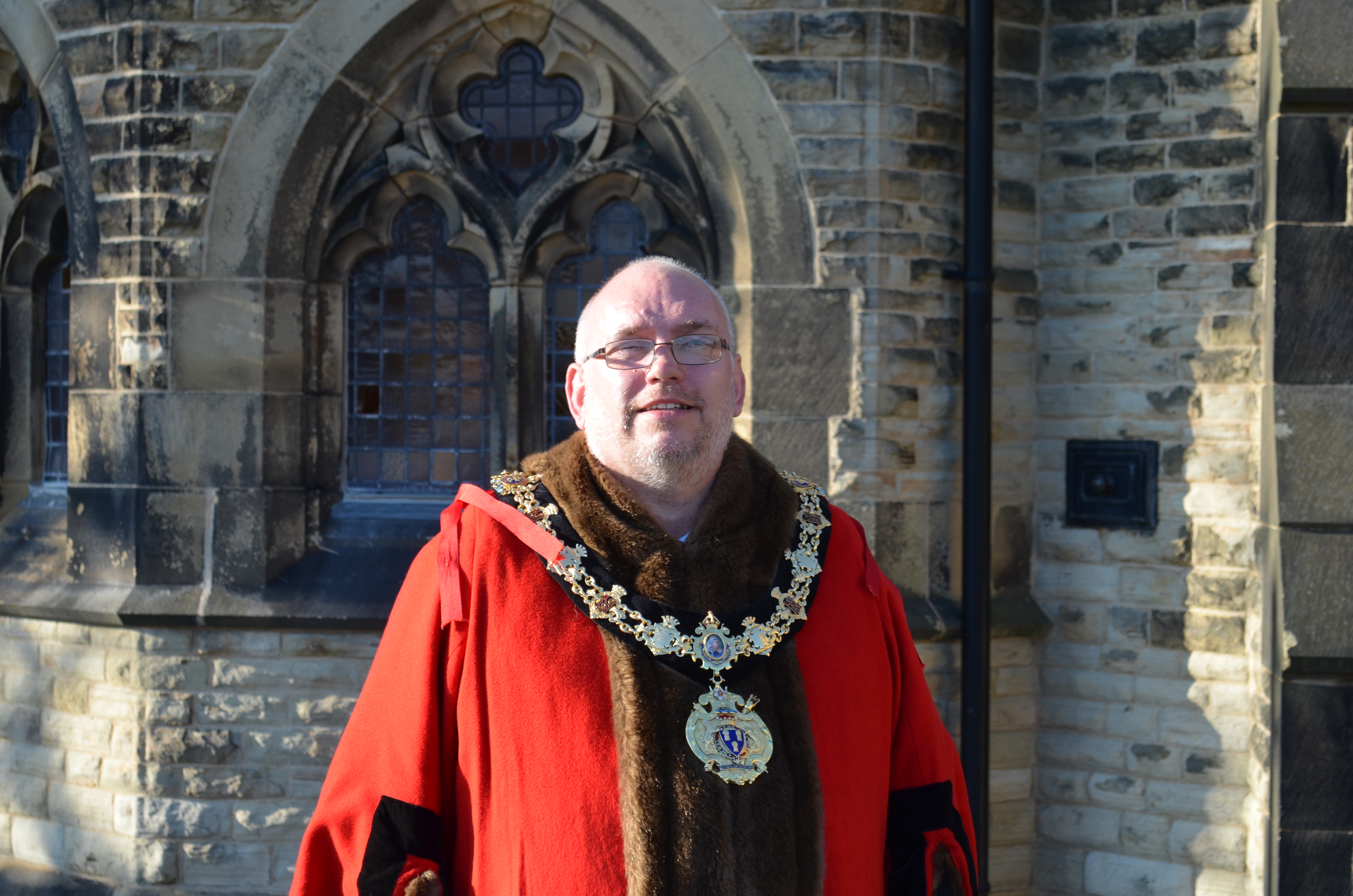 If you would like the Mayor to attend one of your functions you must, in the first instance, put the invitation in writing to The Mayor’s Secretary, Northwich Town Council, 78 Church Road, Northwich, CW9 5PB. The Secretary will respond by returning a pro forma which must be completed and returned before any acceptance can be considered.

In line with Health and Safety and the Council’s insurance, it is not common procedure for the Mayor to be asked to attend an event without the correct procedure taking place.

THE CHAIN OF OFFICE

The design of the chain is Victorian and crafted in 18ct gold. Each alternative link forms a special and distinctive feature incorporating the Garter, Motto and Crest of the Council, which bears the initial letter ‘N’ in rich translucent enamel.

Each intervening link bearing two shields, for the record of successive Chairmen.
On the central link is a faithful portrait of Her Majesty, Queen Victoria, carried out in enamel. It is set in a medallion and enwreathed with the emblematical laurel in enamel, and the royal mottoes and crown.

The shoulder links are designed to be especially commemorative and embody the royal supporters, monogram, and coronet; and the monogram V.R.I. on an enamelled medallion around which is Garter, bearing the words ‘Record Reign’ and the years ‘1837-1897 on a ribbon below.

The intermediate link is the next important and bears the arms, mottoes and crest of Sir J T Brunner, correctly emblazoned in Heraldic Colours, enwreathed.

The badge is of [EVID] or pendant form, and the centre is occupied by the complete arms, supporters and crest of Northwich.

A free scroll bears the words ‘Urban District Council of Northwich’. On the upper portion of the badge is a Tudor Rose in enamel. On the back is an inscription setting forth when and by whom the Chain was presented.

The entire chain, which was supplied by Mr G R Willis (Jeweller) or Northwich is of 18 carat gold, with the enamels of the finest quality and was first worn by G B Cliff Esq JP who was the Chairman of Northwich Urban District Council. It was presented as a Diamond Jubilee Gift to the town of Northwich by Sir J T Brunner, Bart., MP for the Northwich Division

This Chain is to be worn only by the Mayor or Chairman of Northwich Council. It was presented at a ceremony held at the Adelphi Hotel, Liverpool on the 30th June 1897 by Sir John Tomlinson Brunner.

The chain is insured on the Council’s insurance and one of the criteria of the safety of the chain is that it must be kept in a secure safe at all times, when not being used for a function, and that the Mayor should not travel to and from a function wearing the chain unless in the contracted taxi and is with an escort.